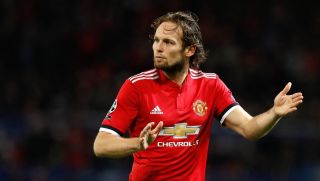 Hey all, we’ve another podcast for you to enjoy in lockdown.

Mike and I discuss Manchester United players we feel shouldn’t have left the club when they did, from the post-Sir Alex Ferguson era.

The two of us are big fans of Daley Blind — and that much we’re prepared to give away as a teaser for you to go listen to the rest!

Blind left United and played a key role in Ajax’s run to the Champions League semi-finals last year, when they were knocked out by Mauricio Pochettino’s Spurs side, who then lost the final against Liverpool.

Anyhow, you can listen to the Strettycast on a number of podcast platforms such as Spotify, Apple Podcasts and Google Podcasts.

Or alternatively, listen via our Audioboom player below.

And, if you prefer video to podcasts, we recorded that too for our YouTube channel Stretty News TV:

Let us know by tweeting @Strettycast if you agree or disagree with our selections, and if you think we left anyone out.

After recording I noticed that there was no mention of Michael Keane. He’s definitely a player we could do with now, though I’d argue that he needed regular first-team football to become the player he is now at Everton via Burnley.

Hope you enjoy the podcast! Join as a Patreon here.