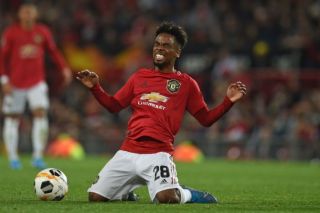 Former Manchester United winger Ben Thornley believes Angel Gomes may be left with no choice but to leave the Red Devils if he hopes of playing first-team football anytime soon.

Speaking to Tribal Football about the youngster, the former United youth team gradate said: “I can understand what a predicament Gomes is in. It was exactly the same sort of thing that I found myself in at United.

“Now with the age that he is and the talented player that he is, his services may better served served going somewhere else altogether, because even after he has a loan spell come to an end, whether it be six months or 12 months, there is no guarantee that he is going to be considered for a regular place in Manchester United’s first-team, and that is probably more of a decision for Angel to make than Tahith Chong.

“Angel’s probably thinking to himself, I’m in my early 20s now, I need to think about which path my career wants to go down, as difficult and as much of a wrench it ever would be to leave Manchester United.

“It is a decision that I had to make. I was a little older when I did it, I was 23, albeit having had a career-threatening injury, but I knew at 23 that I wasn’t going to be regular member for Manchester United’s first-team and I wanted to go in search of first-team football and that might be the path that Angel might have to go down.

“But again, it is difficult when you have to make a decision to leave a club like Manchester United, but for the benefit of his own career I think it might be something that he needs to consider a little bit more strongly than Chong.”

Without actually saying it, word for word, Thornley clearly rates Chong higher than Gomes, who we’ve seen very little of during this campaign.

Chong recently signed a new deal with the club and will hope he can have a greater impact on the first-team next season, unless he’s sent out on loan for a year.

Gomes could be in line for a similar move if he agreed to stay at Old Trafford.

Some players take longer to develop so I wouldn’t completely write off Gomes and tell him he’d be better elsewhere on a permanent basis.

We are sure Solskjaer will have a greater say on this through conversations with the player.

Gomes will also want to see what happens United in the summer. He will be pushed further down the pecking order if we sign either Jack Grealish or James Maddison.