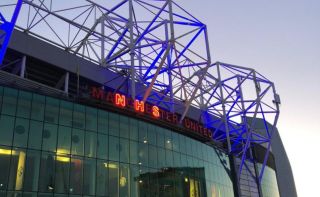 Manchester United have shown their support to the National Health Service.

In England, Thursday night’s at 8pm has become a time to celebrate the carers, but United have paid their own personal tribute in a beautifully unique way. It’s times like this an institution like MUFC should lead by example and not try to furlough staff like Liverpool attempted not long ago.

On Wednesday evening, the lettering on the outside of the ground that denotes the club name and is always lit up in red appeared to have a number of letters missing to read ‘NHS’.

Old Trafford is still surrounded by security during the pandemic and it’s the closest thing you’ll get to the Etihad on matchday!

Former United captain Gary Neville is already doing his bit by opening the adjacent Hotel Football for NHS workers. He was one of many to praise United for the classy tribute, as seen below: