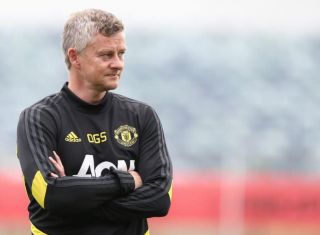 Manchester United’s interest in signing Jack Grealish this summer has been widely reported.

The 24-year-old is seen as an exciting, versatile attacking option for Ole Gunnar Solskjaer as he looks to accelerate his Old Trafford rebuild in an important transfer window.

As noted by the Athletic, United are focusing their attentions on Grealish over Leicester City playmaker James Maddison as he is seen as a far more attainable option at a cheaper price.

As reported by the Evening Standard, United believe they can get a transfer completed for around £60m, regardless of whether he can help Aston Villa stay in the Premier League when the indefinite suspension on football is lifted.

However, according to the Sun, United also hold an interest in Grealish’s £30m-rated Villa teammate John McGinn.

The report claims Dean Smith will be forced to sell the Scottish international if they are relegated this season.

McGinn was crucial in Villa’s promotion campaign, and made an impressive start to this season before being ruled out with a broken ankle in December.

It is claimed Newcastle have joined the Reds in the race to sign McGinn with Steve Bruce keen to bring the 25-year-old to Tyneside.

We are uncertain whether there is any truth in the reports that United are still monitoring McGinn. The totemic Grealish has been leading Villa’s survival bid this term and seems the more attractive proposition for Solskjaer ahead of the transfer window.