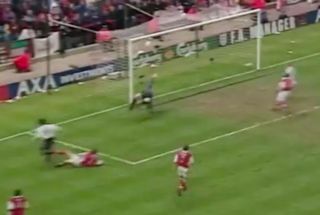 21 years ago today, Ryan Giggs scored one of the most important, as well as one of the greatest goals in Manchester United history.

The flying Welshman intercepted the imperious Patrick Vieira’s misplaced pass inside his own half before slaloming his way through the entire Arsenal defence and firing an unstoppable effort past David Seaman.

It was the goal of the season in the match of the season, and one that definitely deserves commemorating every single year as it helped lead Sir Alex Ferguson’s side to the unprecedented treble. 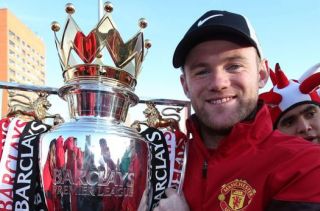 Giggs established himself as a United legend with 24 seasons in the first-team, but this goal alone lifted him to icon status.

United went through 2-1 in extra-time in one of the classic FA Cup ties. But we must not forget Peter Schmeichel’s injury- time penalty save from Denis Bergkamp to force the game to go the distance.

We could watch this goal on repeat for hours!

See the moment of magic again below, courtesy of Manchester United.

#OnThisDay in 1999, Ryan Giggs intercepted Patrick Vieira's pass inside his own half in the FA Cup semi-final.