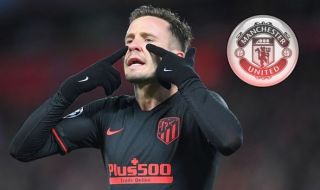 A report in Diario AS claims United were prepared to offer €80m (£70m) for the Spain international and now The Sun say the club specifically watched Saul during that game at Liverpool, which probably shouldn’t have took place given the spread of COVID-19 at that very time, with alarms raised in Madrid a week earlier.

Niguez has a long-term contract at Atleti until 2026 with a whopping release clause of €150m (£136m), but that seems rather high and the La Liga outfit may now be open to the idea of cashing in on the midfielder in the wake of the current financial crisis.

With Paul Pogba’s future not yet known, amid supposed interest from Real Madrid and Juventus, United may be looking to bolster their midfield options.

This sort of deal could very much depend on whether Pogba stays or leaves United this summer.

According to El Mundo Deportivo, Niguez is represented by Stellar Group, led by Jonathan Barnett, who also represents Gareth Bale. He entourage will know the English market well and will have contacts at all the big clubs — ready to propose moves if instructed by the player himself.

The 25-year-old has regularly been linked with a move to Old Trafford.

Diego Simeone won’t want to lose one of his key players, but United look to be turning a curve and suddenly a move could look very appealing to the player. In the past year they’ve have lost players like Diego Godin, Antoine Griezmann, Filipe Luis, Rodri and Gabi Hernandez.