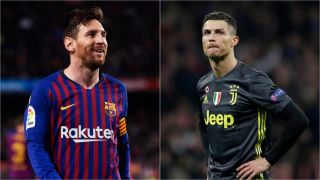 Manchester United midfielder Nemanja Matic has remained quite diplomatic when speaking about the Lionel Messi vs Cristiano Ronaldo debate and indicated that both are at the same level.

The Serbian indicates that his son believes Ronaldo is a better player than Messi.

Speaking to Omnisport, Matic said (via Tribuna): “If you ask my son, Ronaldo [is better than Messi]. They are different, they are different. Ronaldo, of course, he had talent but most of his success, he made because of his hard work.

“Messi is talented. I’m not saying that he didn’t work, for sure he worked, but they are different. For me it is hard to say who is the best. I think that over the last 15 years, they’re both the best.

“I don’t know who is better from those two players, but I’m sure both of them are maybe the best players in football history.”

When you think back to a report four years ago, you can see why someone would give a diplomatic answer to a question on Messi and Ronaldo.

It’s probably the most frequent argument among football fans all over the world, but according to the BBC, two friends got into a debate about who was better — Messi or Ronaldo — ending up with one of the men killing the other.

The incident occurred after a party in India, when a 34-year-old Nigerian man, Obina Durumchukwu, was stabbed to death by his friend, Michael Chukwuma, a 21-year-old fellow countryman.

Police in Mumbai said: “They were discussing football players. One is a fan of Messi and the other was for Ronaldo.

“During the conversation a quarrel has taken place. The deceased threw a glass into the face of the accused person.

“After that the accused took the broken glass and assaulted the deceased person who died due to heavy bleeding.”

I didn’t really want to take you down a pigeon-hole on that incident, but it’s crazy how serious this debate has gone in the past.

Matic doesn’t really tell us anything other than his son prefers Ronaldo.