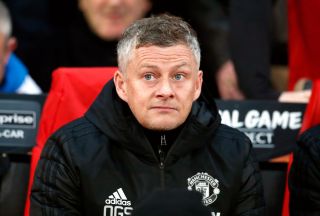 There is no doubt that the coronavirus pandemic is set to have a huge impact on the transfer market this summer.

Manchester United have a huge window coming up as Ole Gunnar Solskjaer looks to accelerate his Old Trafford rebuild.

There may be a reluctance to spend significant money given the loss clubs have made during the COVID-19 crisis. But there have also been some suggestions that United could use their financial muscle to ‘exploit’ the market and capitalise on clubs’ need for funds.

We took a look at three players Solskjaer is targeting this summer and how their market value has been affected, via Transfermarkt.

United’s interest in Sancho has been widely reported and he is said to be the leading target to fill the void at right-wing this summer. The Borussia Dortmund starlet is the most coveted youngster in world football and represents the dream signing for many supporters.

As reported by the Evening Standard, Solskjaer is hoping to convince Sancho to move to Old Trafford with the promise of creating one of the most exciting front threes in world football alongside Anthony Martial and Marcus Rashford.

However a player of Sancho’s supreme quality and potential will come at a huge cost. It is claimed Dortmund want £120m for the winger. Sancho’s transfer market value has dropped slightly from £117m to £105.3m after the coronavirus outbreak. We will have to wait and see if United are prepared to spend what is required to secure their prime target in these times of financial uncertainty.

As noted by the Athletic, United remain highly interested in the totemic Villa midfielder despite his recent off-field antics. The 24-year-old is a versatile attacking option that is seen as far more attainable than Leicester City playmaker James Maddison. Grealish’s market value has dipped around 20% to £27.45m. However, given his importance to Villa, we feel the club would be resolute and hold out for at least £45m.

The possibility of United signing the England captain is an extremely remote possibility, regardless over his recent comments refusing to commit his long-term future to Tottenham. As reported by Sky Sports, the North London club have reiterated their stance that their star striker is not for sale this summer.

But ESPN claim that Kane remains on United’s shortlist and he is seen as the ideal number 9 for Solskjaer. His market value has dropped 20% from £135m to £108m, but we feel it would take almost double that figure to force Spurs into selling their key man.