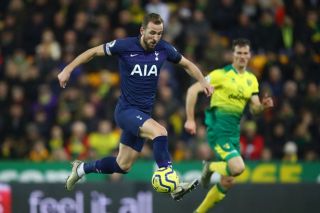 Tottenham chairman Daniel Levy will sanction the sale of Harry Kane amid growing fears of a financial crisis, according to the Daily Mail.

Firstly, that would be a pretty ridiculous fee for him regardless, but does anyone think any club is going to have that sort of money to throw around after this COVID-19 pandemic?

Levy isn’t alone when it comes to being fearful of the impact of the COVID-19 lockdown and the potential loss of income if the Premier League campaign doesn’t resume.

Some Spurs fans would welcome the sale of Kane, as seen below via Twitter:

I’d drive him there myself.

Plays 15 games then gets injured for the rest of the season, great deal for us

However, in the last few hours news has emerged that Spurs have no interest in selling Kane, with BBC Sport reporter Simon Stone adding that he isn’t sure any club will have that sort of money to spend when the transfer window reopens.

Tottenham have no interest in selling Harry Kane this summer. Not sure anyone will have £200m to spend tbh.

Even though it’s unlikely to happen, I am surprised by the reactions above from Spurs fans. Their squad is broken and needs a refresh — but surely it would be best to do that with their best player rather than allowing Kane to join a domestic rival?