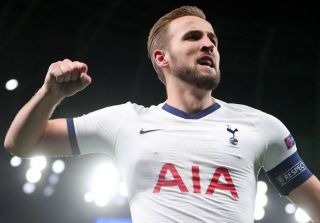 Manchester United are still considering a move for Harry Kane, despite being warned off the England captain.

Tottenham have declared their transfer stance, insisting their star striker is not for sale this summer. As reported by Sky Sports, Spurs have made it clear that the 26-year-old will not be joining United or any other Premier League rival.

But according to ESPN‘s Rob Dawson, Kane remains on Ole Gunnar Solskjaer’s transfer shortlist with a new centre forward key to the Norwegian’s rebuild.

Solskjaer sees prolific Kane as the ideal number 9 at Old Trafford, and United have history in acquiring some of the best homegrown talent from their domestic rivals.

United will have also been encouraged by Kane’s recent comments in an Instagram live session with Jamie Redknapp.

Kane refused to commit his long-term future to the North London club, suggesting he would consider a move away if they were failing to match his ambitions.

And the goalscorer may view United as an exciting challenge given Solskjaer’s project that it is well underway at Old Trafford.

However, the club will surely remain realistic and understand that signing Kane remains a remote possibility.

He is contracted to Spurs until 2024 and it would take an astronomical transfer fee for chairman Daniel Levy to consider selling their star man.