Luke Shaw and Daniel James have revealed that the Manchester United left-back thought he was about to step up to take a penalty this season.

The moment came at Prenton Park when Ole Gunnar Solskjaer’s side were 5-0 up and cruising against League Two outfit Tranmere.

Young winger Tahith Chong was felled in the box meaning the Reds had the opportunity to score six for the first time since Solskjaer took charge.

But it was also a chance for an unfamiliar name to get themselves on the scoresheet with the result a foregone conclusion.

And James explained that Shaw had hopes to take the spot-kick and to score his second goal in a United shirt. 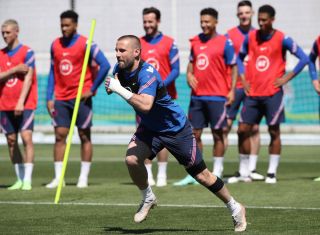 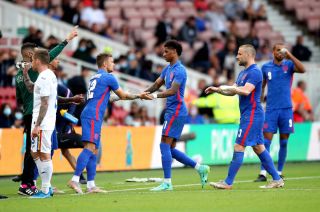 “I could see Luke on the pitch, he obviously wanted to get that goal,” he told United’s official website, as quoted by Manchester Evening News.

“I saw Luke run up to [Solskjaer] thinking he was saying him [to take the penalty], but he came back and was a bit embarrassed!”

“I actually thought the boss was calling me, I was thinking: oh, he wants me to take it,” Shaw added.

“He ended up telling me to go and tell Mason to take it.”

Of course, Greenwood made no mistake from the spot as United ran out 6-0 winners and confirmed their place in the next round of the FA Cup.

Greenwood slotted the penalty with his right-foot, which is actually his weaker side. We can only imagine Shaw stepping up right-footed!

However, Shaw did get his goal in the next round of the competition against Derby, when his volley somehow found its way in from outside the box.