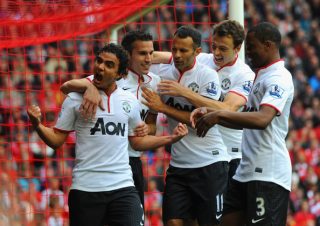 The Brazilian fullback has been giving his verdict on the coronavirus pandemic and the implications it is set to have on the Premier League.

The virus has caused the Premier League to suspend the season indefinitely and there is no indication as to when it will return.

Before the spread of coronavirus, Liverpool were on course for their first league title in 30 years and set go one behind United with 19 overall.

Rafael, who once scored a stunning goal against United’s bitterest rivals at Anfield, has seen the positives in the league potentially being voided.

“Everybody’s talking about ‘stop the competition’, no? They don’t get to 20!,” Rafael told United’s official website, as quoted by Manchester Evening News.

“It will be hard for them [if the Premier League season is voided], great for us.”

While fans may take pleasure in Liverpool not winning the title, voiding the league would also inhibit United.

Ole Gunnar Solskjaer’s side are still fighting on three fronts and have a great chance of qualifying for the Champions League if the season reaches its natural conclusion.

Rafael also explained the importance that his spell at United holds in his career.

“I miss United a lot. I still receive the messages from the supporters, from everybody.

“Five years is a long time, but, for me, it’s like one or two years. I keep remembering everything about United.”

Rafael was adored by United supporters for his passion and desire he brought to the field.

While he may not have been the most technically gifted full-back, he earned respect for his work-rate and would never shy away from a tackle.

It was a shame to see Louis Van Gaal sell him in 2015 and he has spent his last five years at Ligue 1 side Lyon.