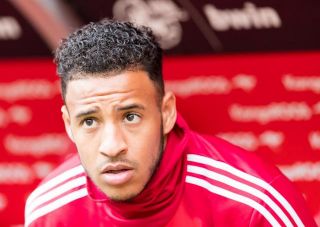 It’s too fresh to state whether we think there’s anything in it, but the Red Devils have been linked with a move for Bayern Munich and France midfielder Corentin Tolisso and some fans aren’t pleased.

The 25-year-old joined Bayern in 2017 and has gone on to score 14 goals and register 12 assists in 68 appearances for the Bundesliga club.

Tolisso earned his big move to Bayern after an impressive spell with Lyon, but now as reported by the Mirror, United are in the race to sign him as he considers his future in Germany.

While he’s had his share of injuries, restricting him to just four appearances last year, Tolisso has been limited to 24 appearances in the current campaign.

That has led to the speculation over his future, with Arsenal also apparently in the race to sign the midfielder, but it seems these United fans aren’t too happy about the idea of him moving to Old Trafford.

He is bang average

Why are we constantly being linked to players who are constantly injured. We have enough of them

I wouldn’t but it’s not my choice lol

No to much injury prone..oh cmon man utd at least find some else..quality players..great record score and assist..

And finally, the tweet that would put you off any player.

No to much injury prone..oh cmon man utd at least find some else..quality players..great record score and assist..

Perhaps his injury record and inability to establish himself as a key figure for Bayern are the two main reasons behind the negative reaction, but let us know what you think by tweeting @StrettyNews.

With United fans hoping to team makes significant progress next season, and show the top two more competition whilst doing so, maybe they simply feel there are better signings out there to strengthen Ole Gunnar Solskjaer’s midfield.