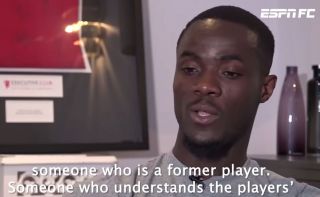 Solskjaer eased the pressure on his job at Old Trafford before the Premier League season was suspended over the COVID-19 pandemic.

United were on an 11-game unbeaten run, and, at the time, were looking strong in the race for top-four, as well as still competing in the FA Cup and Europa League.

If the season resumes, it wouldn’t surprise us if United finished the campaign successfully, very much depending on how well the players are training during the lockdown.

The Norwegian is becoming a renowned coach for investing in young players, as well as promoting academy graduates, and Bailly says that the club’s former striker has the right management style off the pitch to get the best out of an inexperienced squad.

“He’s someone that will always talk to you,” Bailly told ESPN.

“He always communicates well. He gives you so much confidence because as a footballer, you go through moments where you feel low and he can read that and when he sees that he immediately comes over to you and talks to you.

“He offers advice so that you can regain confidence and for me, that’s so important because we have a very young team and if we have a coach or manager like that then the team will go from strength to strength.”

The Ivorian centre-back has struggled with injuries during his time at United, but after a strong debut season hopes remain that Bailly could still be a top United defender.

United triggered a two-year extension to his contract in January, as per Sky Sports, so he will be given more opportunities to prove himself.

“When I’m asked about Manchester, as a joke I always say the [best thing] is the weather because we all know the weather isn’t good!,” Bailly laughs whilst adding.

“But when I really like is the atmosphere, the moments that I get to live out with the club. Here, people really live for football. Their passion for the game is enormous so for me, being here, I realise that we need to always give our best.

“To just sign to play for Man United is a dream. To be part of a team this big is the best thing.

“That’s why I’m so proud to play for Man United and that’s why I give everything I can when I’m out on the pitch. I will literally give all my strength to this club.”

Watch the full interview below via ESPN: