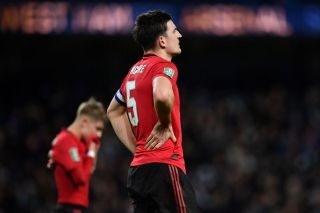 Harry Maguire has grown into his role as Manchester United captain quickly.

I’ll admit to being undecided about him up until Christmas, but those were early days, and now it looks like United have a top quality centre-back. Sadly the days of Nemanja Vidic and Rio Ferdinand are long gone, so we’ve finally moved on.

Ole Gunnar Solskjaer signed Maguire to lead from the back. He’d later become captain and it’s clear from watching him throughout the season that he drives the rest of his teammates on.

With COVID-19 causing havoc to the sporting world, we called upon United to react appropriately and they did so by vowing not to furlough staff during the coronavirus suspensions.

They didn’t need telling whereas Premier League leaders Liverpool did.

According to The Athletic, Maguire has emerged as a real leader during the crisis.

The ‘socially conscious’ defender wants the players to do their part and has been in talks with manager Solskjaer in the last few days in order to figure out how the club and the players can help the NHS.

The Athletic quote an Old Trafford source as saying: “Harry isn’t a Gary Neville union leader, but he knows he’s got a responsibility. He is very socially conscious and aware. United and the players are all trying to do the right thing.”

This is good to hear.

Maguire has also asked his United teammates to donate 30% of their salaries to charity, as per RTÉ.