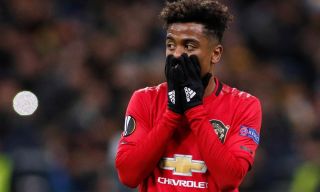 That’s according to ESPN after months of uncertainty over Gomes’ future at the club.

The 19-year-old is out of contract on June 30 and he’s rejected all of the Red Devils’ offers so far but talks are said to be ongoing.

There’s still hope within Old Trafford that the club’s academy graduate can be convinced to stay.

Even if the season is extended beyond June 30 due to the COVID-19 pandemic, Gomes will be allowed to finish the current campaign with United, though it’s not as if he plays regularly anyway.

Gomes isn’t quite ready for the first team football but he may benefit from a season on loan at a lower Premier League side that would give him experience in the top flight.

Or maybe even a foreign, more technical league.

I’ve long said the same about Tahith Chong, who recently agreed to a new 2-year deal at United.

Gomes, meanwhile, has recently been linked with a move to Premier League rivals Chelsea, as per the Daily Mail.

He has made six appearances under Ole Gunnar Solskjaer this season.