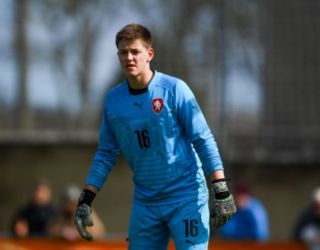 Vitek will become a scholar at Old Trafford in July after the deal was agreed in principle in January.

The youngster, standing at 6ft 5, has played 10 appearances for Sigma Olomouc’s U19 outfit this season and has represented the Czech Republic national side at age group level.

He has expressed his delight at signing for one of the biggest clubs in world football.

It’s a surreal feeling, a move to Manchester United is the dream of a lot of guys who start playing football,” Vitel told Sigma Olomouc’s official website.

“I’m really looking forward to it. I admit I didn’t even believe it when I found out about the club’s interest, but now it’s definitely a reality.”

It’s encouraging to see United continue to invest in the future generation and they are certainly stacked in the goalkeeper department.

He has a huge task on his hands if he is ever going to secure a first-team spot at the club, but he is at the best place to continue his development.

Everyone at Stretty News welcomes Radek to the club.