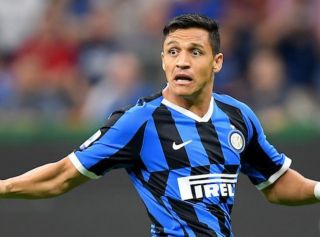 The Metro report that Manchester United’s budget for the summer will likely be around £150m.

It’s said that Ole Gunnar Solskjaer will have substantial funds at his disposal in order to improve the squad further, following the incredible impact made by January signing Bruno Fernandes.

Two of those players will cost over the said amount — which doesn’t count for sales conducted in the coming months, and you’d think funds from any big departures would see Solskjaer’s transfer kitty grow.

According to The Sun, Solskjaer has been handed a major boost as it’s been suggested by respected German journalist Raphael Honigstein that Sancho finds the idea of moving to Old Trafford “quite appealing” as he is being sold the idea of being the team’s leading star.

It’s added that Sancho is expected to cost around £100m this summer.

That will take a large chunk out of the current reported kitty.

Meanwhile, The Sun also report that West Ham have contacted Alexis Sanchez’s agent over a possible move as he prepares to return to United at the end of the season when his loan spell with Inter Milan comes to an end.

Sanchez and West Ham is a match made in heaven at the moment.

There’s an update from the Daily Mail on Chris Smalling, too. Apparently Roma boss Paulo Fonseca has insisted that he would like to sign the English defender on a permanent basis.

It’s also claimed that the 30-year-old has been given a £25m price-tag.