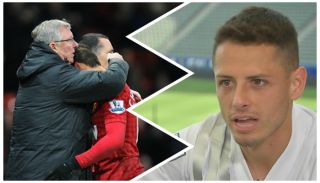 Since it’s coming up to the 10th anniversary of when Chicharito joined Manchester United, we take a brief look at his story at Old Trafford.

It even makes me feel old, at 24, to think it’s been 10-years since Javier ‘Chicharito’ Hernandez joined Manchester United from Chivas Guadalarja.

The club announced the signing of the Mexican striker on April 8, 2010, as per BBC Sport.

Now 31-years of age, Hernandez joined LA Galaxy in January and has recalled the moment when his father, a former Mexico international, told him about Sir Alex Ferguson’s interest in his son.

“My dad told me: ‘Hey, Manchester United want you,’ and I told my dad: ‘No way dad, you’re teasing me,” Chicharito told ESPN on Instagram live (via Manchester Evening News).

“One night I was playing video games with the club, with Rooney, and two days later you tell me the club wants to sign me? I told him: ‘No dad, it’s not true. Impossible.’

“He gives me a card, one of those cards that had a symbol, a ball from the most important clubs in the world. My father gives it to me and there’s that shield [Man United].

“When I see that my father is going to start crying, I said ‘Oh sh… my dad crying’. He tells me that people from that club want to talk to me to find out if I want to leave.”

He explains how difficult it can be to adjust to a big club like MUFC, adding, “[When you join United] it is difficult to find a balance between enjoying it, not getting obsessed over wanting more and thinking that you have already done everything.

“It is like bittersweet. It was all amazing and then on the plane, I asked myself: ‘And now what?” 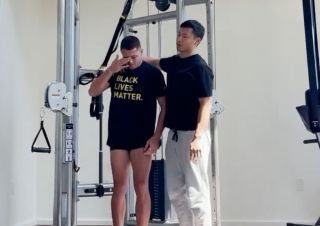 After a year-long loan at La Liga giants Real Madrid, United called time on Chicharito’s spell at Old Trafford and sold him to Bayer Leverkusen in 2015. He also enjoyed spells at West Ham and Sevilla before his move to MLS.

When asked about a potential return to Europe, the 31-year-old striker said: “You never know. I don’t know. It’s difficult, but why not? I’m a person who is assured when I make decisions. I can change my mind, everyone can, but I’m sure of the project that I’ve chosen [at Galaxy].”

The story of Chicharito at Manchester United in brief

When the Mexico international first came to United, Javier Hernandez was a breath of fresh air. He announced himself in the Community Shield against Chelsea and quickly showed he could use any part of his body to score goals, including his backside!

The goal he scored against Chelsea was rather scrappy, bouncing off his foot, into his face and in.

Over the course of that season he scored 19 competitive goals.

Hernandez’s best moment in a United shirt also came against the Blues. This time in a game that really mattered.

Within a minute he had put United 1-0 up and sent Old Trafford crazy. This was the moment in which it genuinely felt the Little Pea had won United the league.

To be fair, they were massive heights, but he rarely hit them again.

There was a dip in his second season when he netted 12 times in all competitions, but Alex Ferguson would sign Robin Van Persie in the summer of 2012.

Hernandez still managed his best ratio of goals to games in any of his United seasons during 2012/13, scoring 18 goals in 36 appearances.

The following season he went on a run of seven goals in five games — between the months October and November — which undoubtedly gave Ferguson something to think about.

But the Scot simply couldn’t drop either Wayne Rooney or Robin van Persie, so Hernandes never got to cement a first-team place.

It got worse for Hernandes when Fergie retired to be replaced by David Moyes.

Moyes was suddenly being asked to keep an elite squad happy and he rarely experimented with his team selections.

I recall his non-celebration in front of the Stratford End after scoring a goal against Aston Villa. This indicated just how unhappy he was. He wasn’t starting many games which justified his frustration.

This is a player who started in a Champions League final for United. A hidden gem Fergie and David Gill spotted in the market.

He never hit the dizziest heights of stardom, but Hernandez did well for himself and is by no means a flop.

Now at Galaxy he will hope to fill Ibrahimovic’s boots. 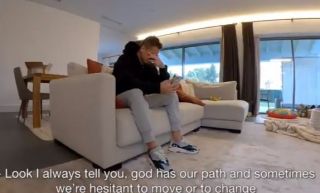