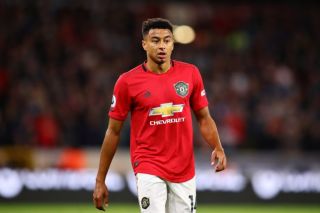 Jesse Lingard’s career has hit a crossroads at Old Trafford but the Daily Star claim he isn’t giving up on his time at Manchester United just yet.

The England international is set to see his contract expire in 2021 which means United could look to add to their transfer budget by allowing him leave IF someone comes knocking for his signature.

The 27-year-old has managed only two goals and two assists in 35 appearances for the Red Devils this term, and he is likely to fall further down the pecking order when United next strengthen their squad.

For instance, Aston Villa’s Jack Grealish would be a huge step up from Lingard.

Arsenal and Everton have since been linked with a move for the United midfielder, who has been at his present club since he was 6-years of age, so it won’t be a difficult decision to leave his beloved team.

Metro have reported that the £110,000-a-week man is keen to turn his fortunes around at United over the next year and earn himself another contract extension.

The report adds that Lingard is valued at £30m and he could be moved on to fund the capture of Borussia Dortmund sensation Jadon Sancho.