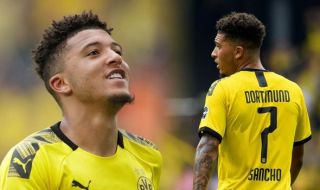 Jadon Sancho is said to be exited by the idea of joining Manchester United after being promised he will be the star man at Old Trafford — something that may even signal that Ole Gunnar Solskjaer is no longer fussed over Paul Pogba.

German journalist Raphael Honigstein has revealed he’s heard the idea of heading to Old Trafford is “quite appealing” to the Borussia Dortmund winger.

Sancho, 20, has been the subject of transfer speculation all season, with United among the favourites for the £100m-rated England international.

Chelsea are another Premier League club heavily linked with the former Man City youth player, who left the Etihad for Dortmund in search of first team opportunities.

In the Bundesliga he has become one of Europe’s most-wanted talents and it sounds like he could end up joining United.

Honigstein has revealed Old Trafford could be just the place for Sancho, saying (via The Sun): “Manchester United can’t promise titles to Sancho straight away.

“But they can promise him to be the leading star in a new team that is emerging.

“From what I’ve been told that is quite appealing to him.”

Who wasn’t looking at United — well, prior to the coronavirus pandemic which has seen the season suspended — and thinking something special was brewing?

On an 11-game unbeaten run after signing one of the best midfielders in Europe. Things are happening and of course Sancho wants to be part of it. 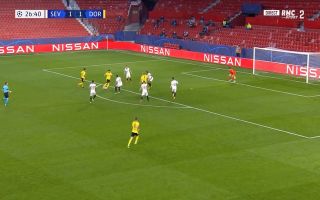