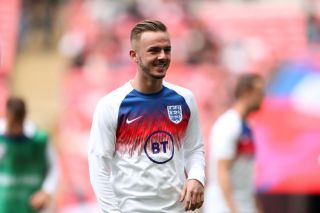 It still looks like United will prioritise a move for Aston Villa’s Jack Grealish, as per Manchester Evening News, but Ole Gunnar Solskjaer knows all about Maddison and could change his mind when the transfer market opens.

Leicester are likely to stand firm if interest in shown in Maddison. As we seen last summer, it can be costly to sign their best players, with Harry Maguire becoming the most expensive defender in football.

The Express claims United are ‘expected’ to go back in for Maddison at the end of the season, after the Foxes showed reluctance to let him leave in January.

Moreover, he’s enjoyed a brilliant season under Brendan Rodgers, having scored nine goals and set ip three in 35 appearances across all competitions.

In a Q&A on Instagram, Maddison seemed to tease fans over speculation linking him with a move to Old Trafford.

The 23-year-old named Marcus Rashford and Harry Maguire among the players, both of whom he could link up with this summer by joining United, and maybe even Sancho too.

Couldn’t pick one but the #MUFC target named two United players and another player strongly linked with the Reds. 👀🇾🇪 pic.twitter.com/YQOqD654iJ

Maddison knows all three from coming through the ranks with England, but soon they could all be playing together at the same club.