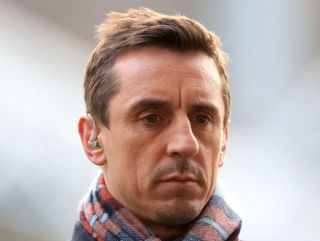 Politician attacks athletes for making so much money while vigorously protecting business owners who pay no tax. Shock horror.

There’s a lot of talk about football clubs and the financial situation right now. We took at look at what it could mean for Manchester United specifically, but there’s another side discussion people are having and it’s about players earning more than non-playing staff.

Should it be down to the players or the club to pay those staff? Some whom face losing their jobs during the COVID-19 pandemic.

There’s a narrative being driven that the players — rather than the clubs themselves — should be the ones to take the hit financially, and Matt Hancock was the latest to have his say on the matter (video below via Sky Sports):

The Secretary of State for Health and Social Care Matt Hancock has urged Premier League footballers to take a pay cut and make a contribution to help in the battle against coronavirus. pic.twitter.com/vZjVgB3BiJ

During a Downing Street press conference on Thursday, Heath Secretary Mr Hancock said top division footballers should “play their part:” alongside the rest of the nation.

Some clubs from the Premier League to League Two have already placed non-playing staff on furlough leave under the Government’s coronavirus job retention scheme but pressure is mounting on players to accept wage cuts or deferrals.

At the briefing, Mr Hancock said (quotes via The Standard): “I think that everybody needs to play their part in this national effort and that means Premier League footballers too.

“Given the sacrifices that many people are making, including some of my colleagues in the NHS who have made the ultimate sacrifice of going into work and have caught the disease and have sadly died, I think the first thing that Premier League footballers can do is make a contribution, take a pay cut and play their part.”

Following the press conference, the PFA said it accepted players must be accommodating in order to aid the financial impact of the COVID-19 outbreak.

The players’ union has said: “We fully accept that players will have to be flexible and share the financial burden of the COVID-19 outbreak in order to secure the long-term future of their own club and indeed the wider game.

1.This is an extremely challenging time as we all try to navigate the Coronavirus pandemic. Our admiration & thanks are with the NHS & all keyworkers who are keeping our country going at this very difficult time.https://t.co/ld2KdRGqwC

“Our advice going out to players at this point reflects that expectation.”

The biggest problem here is that clubs tend to be owned by extremely rich people or groups — so they are in stronger positions to take a financial hit than many of the players do. Hancock ignores that and his comments stink of greed when you see his comments as an attempt to ensure the richest maintain as much wealth as possible.

Of course, there are United players who could afford to take a pay cut, but it’s bizarre to see them being singled out like this — especially when you read stories about players like David de Gea donating money in Madrid.

Gary Neville wasn’t happy with Hancock’s comments and made it crystal clear on Twitter:

I wish I was a player for 10 more mins.The PL players are more than likely working on a proposal to help clubs , communities and The NHS. It takes longer than 2 weeks to put together. Matt Hancock calling them out when he can’t get tests in place for NHS staff is a f@@@@@g cheek!

The former United captain has offered his hotel to NHS staff.

At least Neville is doing something.