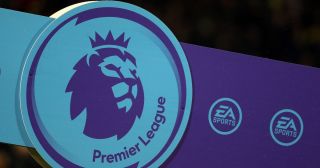 The coronavirus has caused growing concerns over the financial impact it will have on the Premier League moving forward.

First and foremost, we must prioritise the safety of the public and preservation of life, so sporting events have all been cancelled or put on hold until the pandemic is effectively dealt with.

This has put the Premier League in a pond of uncertainty because having the season suspended could have significant ramifications.

According to The Mirror, Premier League clubs face having to pay back £750m in TV rights if they are unable to finish the season. This could put clubs in serious financial trouble given the size of the fee, and John Cross explains how there are other clubs in the top flight that live week-by-week and they are not so cash rich.

The report adds that foreign TV deals are worth £4.35bn currently, just behind £5bn in domestic rights, but there are fears that those broadcasters won’t be as flexible as Sky Sports and BT Sport, who thus far appear willing to wait until it is safe to play the remainder of this campaign.

Now players are under pressure to take pay cuts. Stars like Paul Pogba and David de Gea are among the best paid players in Europe.

De Gea has already donated €300,000 to help fight COVID-19 in Madrid, as reported by the Evening Standard, so we shouldn’t forget that.

There was a heated backlash towards Tottenham and Newcastle after they opted to use the government’s furlough scheme to cut wages for non-playing staff — and due to contracts, there is still uncertainty over what will happen with players salaries.

Another report from The Mirror claims Premier League clubs are working to get teams to sign up to a collective bargaining agreement, but the PFA has told its members not to accept cuts yet.

These are interesting and worrying times.