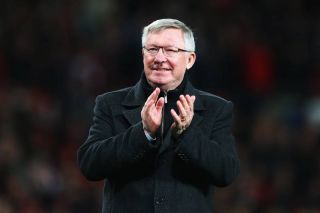 Former Manchester United striker Robin van Persie has revealed how Sir Alex Ferguson broke an early promise to him after he left Arsenal for a move to Old Trafford.

After his controversial transfer from Arsenal to United in 2012, Van Persie became an instant hit with United fans, scoring 26 Premier League goals to lead the club to their 20th league title.

To this day he remains a cult hero with fans, but he won’t sit back and pretend that he was always happy at United. The news came that Fergie was retiring and Van Persie says the Scot didn’t stick to his word and he was clearly left disappointed.

Speaking about it now, Van Persie insists he had no idea that Fergie would be calling it a day, and that all of the players were completely in the dark about his plans.

The Dutchman says he even asked Fergie about his plans when he joined United, with the greatest manager of all-time saying he would be staying for at least three more years.

“Even Ryan Giggs didn’t know he was going to stop. Neither (Paul) Scholes nor (Rio) Ferdinand, even if they had worked for him for so many years, they had not seen it coming.

“Just before signing, I asked him, ‘What are your plans? How many more years do you stay? He had told me that he planned to stay at least three more years.

“For me, it was therefore a great disappointment, because I had signed to Manchester United for him.”