The Brazilian midfielder held an Instagram Q and A on Monday, where he answered a number of questions posed to him by supporters.

In the Q and A,  Fred revealed that his three favourite United legends were Wayne Rooney, Ryan Giggs and Paul Scholes.

It’s difficult to argue with these choices given the history they have each had at Old Trafford.

Rooney is the club’s record scorer with 253 goals, a tally which may never be beaten in our lifetime.

Giggs is the club’s record appearance maker with 963 and his longevity and evolution at the club was remarkable.

Paul Scholes, meanwhile, is arguably the most gifted midfielder that English football has ever seen.

Through United’s illustrious history there have been so many great players that it is difficult to narrow it down to just three.

But we’d love to know your favourite United players of all time. Ronaldo? Beckham? Cantona? Tweet us @StrettyNews. 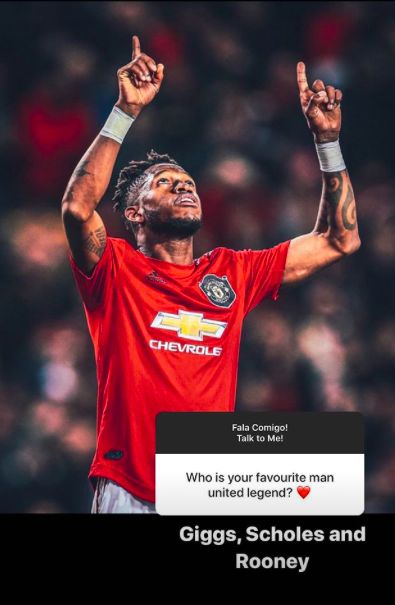