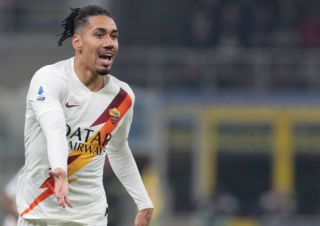 Chris Smalling is said to be pushing for a permanent move to AS Roma, but the two clubs in question and some way apart when it comes to the defender’s valuation.

Roma remain hopeful that a deal for the 30-year-old can be agreed as he’s made a fantastic impression in his first season.

According to Corriere della Sera, as cited by the Daily Mail, the Serie A side are not willing to meet Manchester United’s £25m valuation of the player.

However, the Italian outlet add that Roma think there’s a possibility that a deal for Smalling can still be agreed before the summer transfer window, but surely that means United will have to lower their demands?

Smalling definitely feels a lot more appreciated at Roma than he did a year ago. The move did him good and we’d like to see him do well in Italy.

He would probably have to take a pay cut to join them permanently.

And, if you thought the Smalling to Arsenal rumours would’ve died by 2020, think again.

According to Gazzetta, Roma face competition from Everton, Arsenal and Tottenham in the Premier League.