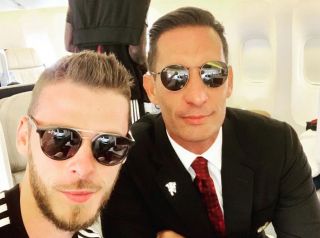 Goalkeeper coach Emiliano Alvarez left Manchester United back in September and that left many surprised.

He’s a close ally of David de Gea — and not just in a coach capacity as they’re both Spanish and spent time together away from football.

In fact, Alvarez joined United in 2016 to personally work with De Gea after helping him develop during their time at Atletico Madrid.

Some may suggest that De Gea’s dip in form over the last few years led to Ole Gunnar Solskjaer re-evaluating the coaching staff.

However, it appears to be more serious than that, with Solskjaer making it clear he demands top professionalism from his players as well as staff.

A report from The Times states the Norwegian opted to part ways with Alvarez after the 48-year-old was spotted at the hotel bar ‘well after 4am’ during the pre-season tour last summer.

We don’t know how De Gea reacted to that but he can’t have any complaints. Alvarez has time off during the summer and would have been warned by Solskjaer and co what’s expected of them when representing the club on tour.