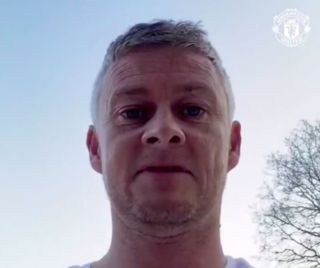 Manchester United manager Ole Gunnar Solskjaer has reiterated the message that must be understood across the world amid the coronavirus outbreak.

The Norwegian urged people to stay in their homes to save lives and prevent further pressure being put on the NHS.

Over 1000 people in the UK have died after contracting COVID-19, and its crucial that the public follow government advice to stop the virus spreading further.

In unprecedented times, there is no indication as to when football will eventually return, or if the season will indeed by played out.

United were fighting on three fronts and were looking good for a Champions League spot so will be hoping the campaign can reach its natural conclusion.

But we are unlikely to see football return for several months at least as countries aim to control the spread of coronavirus.

We are all hugely missing watching football but priorities for now lie elsewhere.

Everyone should listen to the message stated by United’s manager, and so many others in this global pandemic.