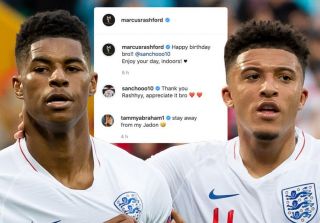 As Manchester United and Chelsea are reportedly ready to go head-to-head for Jadon Sancho in the summer, the clubs’ players have already started a tug of war over the winger on social media.

The race to sign Sancho heated up this week as Marcus Rashford received warning to ‘stay away’ from Borussia Dortmund’s most prized asset.

It came from Chelsea striker Tammy Abraham who made the joke on Sancho’s birthday.

The England international turned 20 on Wednesday and Rashford took to Instagram to send his mate a message.

Abraham was quick to warn Rashford in the comments section, writing, “Stay away from my Jadon” followed by a laughing emoji. 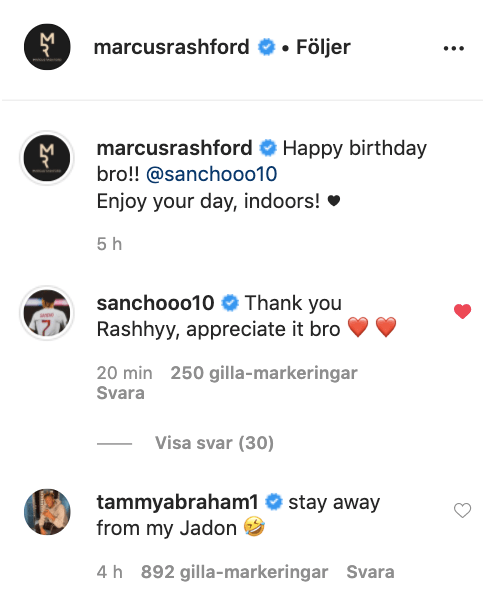 Ole Gunnar Solskjaer needs to sign a player for the right side of attack in the summer, if United are to have a greater balance next season. That is required if we want to be a proper counter attacking team with intentions to win silverware.

Sancho would be a massive upgrade on the likes of Jesse Lingard, Juan Mata and Daniel James — who have all played from the right this season.

The former Man City youth player could be a star at Old Trafford.