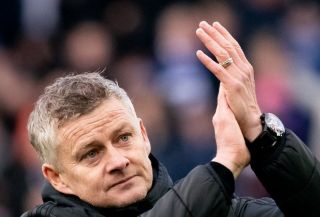 Manchester United have reportedly reopened contract negotiations with Angel Gomes as they bid to secure the youngster’s long-term future.

Gomes’ current deal runs out at the end of the season meaning he will leave on a free transfer this summer if fresh terms cannot be agreed.

However, according to the Metro, United have offered the 19-year-old a new £30,000 per-week deal to keep him at Old Trafford.

Gomes is one of the most talented players to come out of United’s academy in recent years and is understandably frustrated at the lack of first-team game time he has been given by Ole Gunnar Solskjaer this season.

Gomes has been watching fellow academy graduates Brandon Williams and Mason Greenwood thrive in their step-up to the first-team, but will feel he has not shared the same opportunity to impress.

He has made just three starts for the Reds this season, all coming in the Europa League group stages.

But United still have high hopes for the playmaker and the Metro’s report claims they believe he is not yet physically developed enough to make the permanent step-up.

Gomes has already been offered a £25,000 per-week deal and Chelsea are said to be lurking if terms cannot be agreed.

Solskjaer is still confident that Gomes’ preference would be to remain at Old Trafford, but time is running out to conclude a new deal.

If Gomes is to commit his long-term future to the club, we feel he would benefit from a loan spell where he can play regular first-team football next season.

Gomes has outgrown age-group football and needs to take the next step in his development.