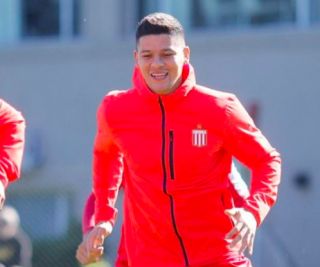 Manchester United defender Marcos Rojo is expected to have his loan move to Estudiantes extended due to the coronavirus outbreak.

The central defender made the temporary move back to his native Argentina in January, joining Estudiantes after training with the Primera Division side.

But he has only been able to make one appearance since his switch from Old Trafford.

“He is fine, surely now with all this, Marcos’ stay will be extended, because everything stopped,” Veron told Argentine newspaper El Dia, as quoted by Manchester Evening News.

There is a huge amount of uncertainty around the contract situations of hundreds of players across world football whose contracts expire this summer.

United striker’s Odion Ighalo’s loan deal expires in June and there is no guarantee football will return by this date. We are still waiting on some clarity as to whether all loan moves will be extended until the end of football season. Otherwise, the club will have to renegotiate with his parent club Shanghai Shenhua if they want to keep him.

As for Rojo, it is unlikely he has a future at Old Trafford beyond this campaign anyway; the defender has fallen well down the list in Ole Gunnar Solskjaer’s pecking order.