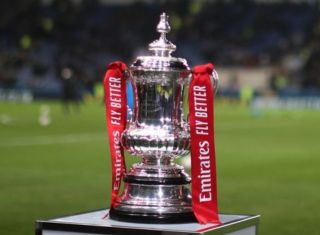 The 2019/20 FA Cup final could be played as late as October, as the Football Association is determined to play the competition’s remaining fixtures, according to The Mirror.

The FA Cup quarter-finals, including Manchester United’s trip to Norwich, were supposed to take place on the weekend of March 21 but football in England has been suspended due to the coronavirus pandemic.

There is a set objective by the Premier League to return to action on April 30 but all FA Cup fixtures, including the final, are set to be delayed by months.

“Clubs involved are close to reaching a major final and for those clubs and supporters we will do all we can to keep the Wembley dream alive,” the FA said in a statement on Thursday.

United’s road to the quarter-finals has seen us beat Wolves, Tranmere Rovers and Derby County.

The quarter-final draw is as follows:

It is also believed the FA are also exploring ways of getting the ties played with behind-closed-doors an option but no date has yet been set on when they might take place.

Does this create an even greater headache for English football?

The rest of the cup could be squeezed into next season because the third round of the FA Cup doesn’t usually start until January, and the fixtures they are hoping to play in the summer will all be league games.