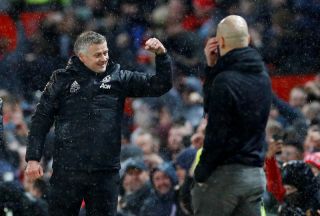 As the coronavirus continues to take the lives of our loved ones across the world, football personalities and clubs spare no expense or effort to stop the crisis.

Here we take a look at five acts of kindness brought to you from the football world.

Starting close to home with the Manchester United and Manchester City joint initiative. The two Manchester clubs donated a combined £100,000 to local food banks that usually operate on matchday. Due to their being no matches at the moment they are limited to online donations. There is an increased demand for this with more people out of work.

The Gunners pledged a £100,000 donation to help fight against the outbreak, to ensure the club can prioritise helping those most in need.

The Man City boss donated €1m to help fight against the outbreak of COVID-19 in Spain and Catalonia. Spain is one of the worst affected regions as things stand.

Lionel Messi got the memo

The Barcelona legend made a donation of £1m to fund the fight in both Spain and Argentina.

Former United star Ronaldo and his agent donated lifesaving equipment to Portuguese hospitals as the deadly virus continues to spread. Ronnie’s mother, Dolores Aveiro, recently suffered a life-threatening stroke but has since been released from hospital, as per the Mail.

There will be more donations in the coming weeks but it’s great to see the football world come together during these difficult times.

The sport makes a lot of money but many clubs will be running at a loss as a result of the coronavirus. We’re not just talking money — but fans and maybe even employees if we don’t act quick enough and in an appropriate manner.