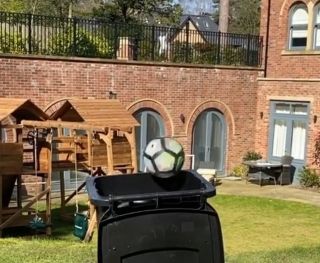 Jesse Lingard continues to find ways to entertain not only his fans but himself by posting videos on Instagram during the COVID-19 lockdock.

This time, the midfielder has attempted the #TopBinChallenge and he came agonisingly close to nailing it.

After his hilarious attempt at the #StayAtHome challenge, the 27-year-old took on another task we can all so whilst in self-isolation at our homes.

My attempt at the toilet roll challenge yesterday was a complete failure but fun nonetheless.

Lingard barely managed to hit the bin from long distance, although he still celebrated his attempt.

Check out Lingard’s #TopBinChallenge below:

If only the ball stayed in…

Lingard doesn’t reveal how many takes it took – but it’s still pretty impressive.