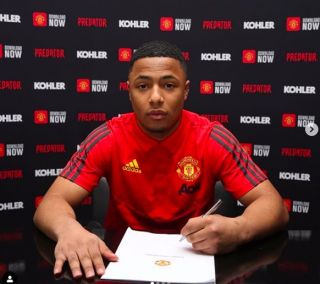 Manchester United have signed up their latest reputable talent that is moving through the club’s academy.

Dillon Hoogewerf has announced via his Instagram that he has signed his first professional contract at Old Trafford.

The 18-year-old joined the Reds from Ajax’s prestigious academy last summer and has been an impressive figure in Neil Ryan’s u18 squad this season.

Hoogewerf is another exciting striker coming through the ranks at United and we are sure Ole Gunnar Solskjaer will be monitoring his progress.

The Dutchman has played a key role in the u18’s reaching the FA Youth Cup semi-finals this season, scoring three times in the competition.

He will be aware he has a lot of development to do to break into the first-team, but this is a proud step in any youngster’s career.