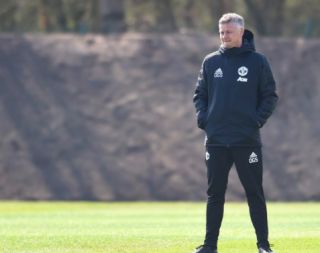 Manchester United manager Ole Gunnar Solskjaer had planned to put his players through a rigorous ‘military-style’ bootcamp before training had to be cancelled in accordance with government guidelines about the coronavirus.

The Premier League was initially meant to return on April 3, a date which has been pushed back until April 30 given the speed at which COVID-19 is spreading.

However, even this date seems optimistic given the measures that are being imposed by the UK government to avoid social contact.

Before the measures had become stricter, Solskjaer and his coaching staff had planned his own training routine to preserve his players’ fitness during this off-period.

According to the Metro, the Norwegian, with the help of conditioning coaches, designed a ‘military’ training camp that would limit contact between each player.

But as of Tuesday, United were forced to indefinitely cancel training at Carrington.

Players are now completing their own individual training drills from home with Solskjaer keen to maintain fitness levels ahead of a crucial run in when football eventually returns.

The unprecedented postponement of football has come at the worst possible time for United, who had momentum after going 11 games unbeaten.