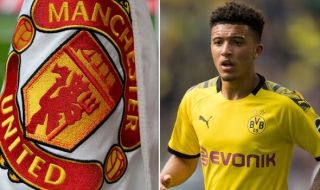 Romano adds that the Red Devils are ‘confident’ of landing the Borussia Dortmund winger in the next transfer window.

Despite this welcome update for United fans, Romano reiterates that United are yet to determine a fee with Dortmund, which could have stumbling blocks.

The Mail suggests it would cost £120m to prize Sancho away from the Bundesliga giants.

Fabrizio Romano just said on a livestream that Man United are working out a contract with Sancho's agent 😳
pic.twitter.com/EqBHGhy0EH

Sancho has established himself as one of the brightest young talents in football, so United are bound to be interested, and it’s worth remember that he left Man City in search of first time football before joining Dortmund and taking Germany by storm.

He has played some fantastic football under Lucien Favre, and this season he has a staggering 17 goals and 19 assists from 35 appearances across all competitions this season.