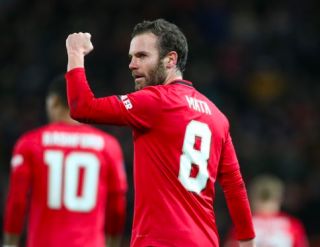 Juan Mata is optimistic about the future at Manchester United, and still harbours hope of winning a Premier League title at the club before the end of his career.

The Spaniard has undertaken a new mentoring role under Ole Gunnar Solskjaer as he passes on invaluable experience to the squad’s talented youngsters.

But Mata still has plenty to offer himself and has struck a fantastic bond with Bruno Fernandes since the Portugal midfielder arrived from Sporting Lisbon in January.

The 31-year-old is still a fantastic asset to have at Old Trafford and thinks his manager appreciates what he is doing for the next generation.

He also named a number of academy players he can help nurture into first-team regulars.

“I have been playing in a club, and in English football and professionally for 12, 13 years now so that gives me experience,” Mata said on the Manchester United podcast, as quoted by the Independent.

“Especially in difficult situations, to behave in a certain way or give advice to the young players.”

“I think he [Solskjaer] values that also. Me as a player, what I can give on the pitch, but also that I will try my best off the pitch for the new players that come.

“Like right now Bruno [Fernandes] and Odion [Ighalo] and for the youngsters that come through the academy like, Brandon [Williams], Chongy [Tahith Chong], Angel [Gomes] and Jimmy [Garner].”

Mata is the ultimate professional and he is a fantastic role model for those coming through the ranks at Old Trafford. The names aforementioned by the playmaker will certainly benefit from his Premier League experience, as well as other youngsters such as Scott McTominay, Axel Tuanzebe and Mason Greenwood.

We hope to see the likes of Chong, Gomes and Garner kick on and fight for a place in Solskjaer’s first-team as they have all outgrown age-group football.

But given the competition for players, some youngsters on the periphery are going to struggle for first-team game time and should be allowed to go out on loan next season to aid their development.