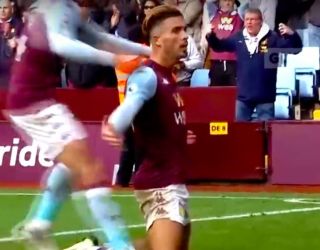 Manchester United are bidding to bolster their creative options in the summer transfer window after the fantastic immediate  impact made by Bruno Fernandes.

The addition of a playmaker of genuinely quality only demonstrates how Ole Gunnar Solskjaer’s side can improve further with more talented attackers.

There has been a huge debate amongst fans over who the Reds should prioritise out of Aston Villa captain Jack Grealish and Leicester City star James Maddison.

READ MORE: Three right-wingers Man United could sign if they miss out on Jadon Sancho 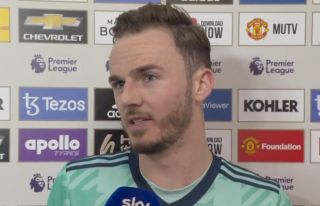 As reported by Manchester Evening News, Solskjaer holds a serious interest in the pair, who were both battling for a place in Gareth Southgate’s England squad for the Euros before the tournament’s postponement.

In truth, there is little to separate the pair who both share tremendous talent and still have plenty of potential to grow further. But we feel Grealish has the star-quality and aggressive streak that United are looking for.

After holding out for £80m for Harry Maguire last summer, we can only imagine how much Leicester would demand for another of their star assets.

Meanwhile, United would be in a great bargaining position if Villa are relegated when the league eventually reaches its  conclusion. We feel the Reds could sign Grealish for almost half the price it would cost to prize Maddison away from Leicester.

Grealish can operate from an inside-left position as well as in behind the striker, and has netted several stunning goals for his boyhood club this term, including that effort at Old Trafford.

See the Grealish highlights package below, courtesy of GustavoFilms: