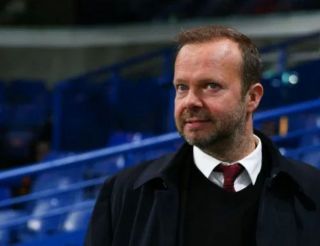 Season to end, Liverpool to have asterisk beside their name in first?

According to The Sun, Ed Woodward is in support of Liverpool winning the title as he backs the Premier League to finish no matter what.

The 2019-20 season is currently suspended after the outbreak of COVID-19 — with players like Anthony Martial seen taking precautions to help keep him safe from the coronavirus.

There has been a lot of talk about the whole campaign being voided.

Football is off until April 30 at the earliest.

The plans are to finish the current season, over the course of six weeks, but there is no end to COVID-19 in sight. And we have yet to see the worst of it.

There’s a possibility the season could be called off entirely and Woodward is in favour of that as well as handing Liverpool their first-ever Premier League title.

Perhaps we can look on the bright side of all this as Liverpool haven’t properly won it and won’t be able to celebrate a thing.

Meanwhile, The Athletic claim the executive vice-chairman at Old Trafford hopes the season is played to its completion — even if that means it runs beyond the summer. But they can’t do that if it clashes with the 2020-21 campaign, surely?