Former Manchester United midfielder Marouane Fellaini has become one of the latest big names in football to contract COVID-19.

The Belgian, currently with Chinese Super League club Shandong Luneng, is not feeling any symptoms but has been confirmed as testing positive, according to HLN.

We are now seeing a growing number of people within football catching the coronavirus, which is spreading throughout Europe after initially appearing in China.

As reported by BBC Sport, AC Milan legend Paolo Maldini and his son Daniel Maldini have also tested positive for coronavirus. Thankfully both have also been described as feeling well.

Footballers will get the best support possible, though, because they can afford it. 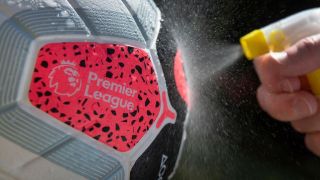 Celebrities and athletes are being tested in the UK but the ordinary person will just be told to stay in self-isolation for two weeks, whether they work or not.

These are scary times and we hope Fellaini — as well as anyone else who has tested positive — stays safe and follows the guidelines issued by the Chinese government.

We encourage everyone to stay in their homes to ride this wave of inconvenience. It won’t be easy but it needs to be done.