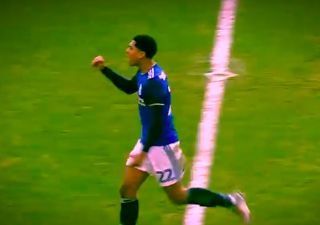 Jude Bellingham is a primary target for Manchester United in the summer transfer window, and it’s clear to see why.

The 16-year-old is regarded as generational talent and one Ole Gunnar Solskjaer does not want to let slip through the net.

According to James Robson of the Evening Standard, the club are ‘obsessed’ with winning the race to sign the midfielder this summer.

The report claims United retain confidence that they can conclude a deal for the teenage sensation, despite the fact Borussia Dortmund are highly interested in him.

While United may be willing to offer a better financial package, there is an obvious attraction to Dortmund given their reputation of developing young talent.

United made their first move for Bellingham in January, offering up to £20m to Birmingham City, who are holding out for closer to £30m.

Solskjaer has identified Bellingham as a key part of his long-term rebuild at the club and United have already been on the charm offensive as they look to seal his signature.

As reported by the Telegraph, Sir Alex Ferguson accompanied the youngster and his family on a tour of the state-of-the-art Carrington training facility.

Bellingham is a versatile midfielder who has remarkable strength or a player of such youth.

In the clips below, you can see his ability to hold off defenders in the physically demanding Championship division. He also boasts great quality on the ball and is capable of creating opportunities from deep.