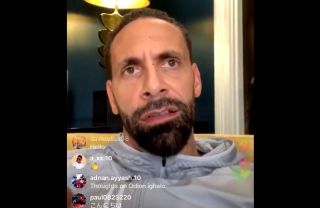 Rio Ferdinand thinks Jack Grealish just edges it over James Maddison with both players linked with summer moves to Manchester United, as per the Express.

January arrival Bruno Fernandes has brought a degree of excitement back to Old Trafford. The prospect of seeing one of Grealish or Maddison in the same team next season, along with Marcus Rashford and Anthony Martial, is making my mouth water.

Ferdinand has explained why he believes that Grealish has the edge over Maddison.

“Grealish or Maddison? That’s a good question. They’re both flying, both done unbelievably well over the last year,” he said in an Instagram Q&A, as quoted by the Metro. “Maddison is someone who can get the ball, he can pop it about.

“He gets goals, gets assists, sets up chances, he’s sharp, he gets in good positions to create things. Very good footballer. I like him.

“Grealish does all of that but he has one thing over all these players we talk about in this position for England like Dele Alli, Maddison, Mason Mount in that position, that attacking… that can play off the striker, that can play as an attacking midfielder.

“That’s what I like about Grealish. He’s got that bit of arrogance as well. Knows he’s a good player that’s producing.

The two players in question are pretty close when it comes to goalscoring stats this season.

It remains to be seen which player United will prioritise, or if they will try to bring both players in.

If Villa are relegated (no-one knows what will happen with the Premier League suspended until late April at least) striking a deal for Grealish could be easier.

Leicester City are tough negotiators as we seen last summer when Harry Maguire became the world’s most expensive centre-back.