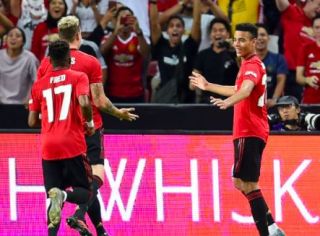 Manchester United were reportedly due to visit India for the first ever time this summer, but are likely to have their plans curtailed by the coronavirus outbreak.

According to ESPN, plans were at an advanced stage to play a game in the country during a pre-season tour in July.

Ole Gunnar Solskjaer’s side were set to face East Bengal during preparations for the new Premier League campaign, with the club’s commercial department clearly keen on the financial benefits of touring a country with such a huge United fanbase.

There had been concerns over the climate in India during the winter months but these worries had been overcome and there were plans in place for the inaugural visit.

It is believed that there are up to 35 million Reds in the country, and we can imagine how excited some of the country’s fans would have been to get the once in a lifetime opportunity to see their favourite United stars live in action.

But such is the nature of the COVID-19 spread, the Premier League season may not have even been finished by the time the usual pre-season is to take place.

The FA have announced they have set no limit on when the current league campaign can finish, so there is an expectation we could be finishing the remaining nine games well into the summer.

Last summer, the Reds were welcomed superbly by fans in Perth, Singapore and Shanghai. There is always huge excitement when the club visits countries that rarely get a glimpse of their stars, and we are sure this would have been the case in India.

Perhaps the Reds could rearrange the tour until the pre-season preparations begin for the 2021/22 season with plans for next season set to be completely redone due to coronavirus.