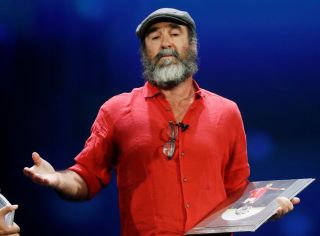 Manchester United are considering giving Eric Cantona a role as a club ambassador at Old Trafford, according to a report.

The Mirror is reporting that the Red Devils want to bring Cantona back to the club to work in an ambassadorial role at Old Trafford.

Cantona remains a hugely popular figure with the club’s supporters and his name is still sung proudly at matches.

READ MORE: How much Man Utd would have to pay to sign Atletico Madrid star Saul Niguez

The Frenchman could be in line for a similar ambassadorial role as players like Bryan Robson and Denis Irwin, who are often involved in roadshows and personal appearances at events around the world.

The report adds that Cantona’s return to United would be seen as a massive boost to the 20-time champions of England, but it’s important to note that there’s nothing to suggest this role will have anything to do with being a director of football.

The biggest surprise here is that this hasn’t been done already.

I want ex-players like Cantona connected with the club as they know what it means to wear the shirt.