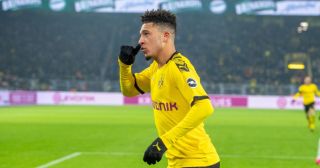 Whatever you think about Ole Gunnar Solskjaer as Manchester United manager, all of his signings have impressed and finally the defence looks solid.

But the narrative around the club has shifted so many times this season that it’s hard to decide what’s needed to build a successful team.

This United side can beat the best teams in the league no problem. Solskjaer’s record against the top six is remarkable for manager who lacks experience at the top. It makes placing football bets a little more intriguing, with United’s prices often very kind, and you’d surely fancy our chances against anyone at the moment.

It would be a success for United this season if they were to qualify for the Champions League. We are still in the FA Cup and Europa League so could end up with a trophy too.

After Sunday’s 2-0 win over Manchester City, which will go a long way towards our attempts to finish in the top four, Solskjaer said the following about what is stopping United from challenging for the title:

With that in mind, we’re going to take a look at some players he could be talking about — by listing three players we think would make United title contenders.

The Mirror claim that United are so adamant they want Grealish, they would be willing to spend a massive £70m to sign him.

The Aston Villa playmaker’s current contract runs until 2023 and has no buy-out clause meaning a huge transfer fee will be demanded by Dean Smith’s side. However if Villa get relegated, which is likely now they’re 19th in the league, that could see the player push for a move.

We’re drooling at the prospect of Grealish playing with Bruno Fernandes.

Perhaps the most obvious candidate as a player who appears destined to move this summer.

It sounds like the Borussia Dortmund winger will cost upwards of £100m as he’s seen as one of the most exciting youngsters in Europe.

While Daniel James looks pacey and promising his decision-making is below average and it’s something he needs to work on. I’m not ruling out his chances, that would be stupid as he’s a young player, but Sancho is top class and would fix the problem United have with the lack of balance in attack.

A front three of Sancho, Martial and Rashford could be devastating.

I don’t feel United have their defensive midfield solution, and Ole Gunnar Solskjaer will need to reassemble his midfield if he loses Paul Pogba, using the funds acquired for the Frenchman’s signature to make sure Fernandes is surrounded by top players that will allow him to terrorise defences.

Nemanja Matic is doing a good job at the moment but it’s time for someone younger, more athletic, but with the same defensive presence and someone who can enforce from the midfield, cover a lot of ground, but also competently get forward. Scott McTominay has had a brilliant season and Fred has kicked on since the new year, but we feel someone is going to miss out.

Chelsea have N’Golo Kante, Man City have Fernandinho and Liverpool have Fabinho.

Thomas Partey at Atletico Madrid could be a solid option.