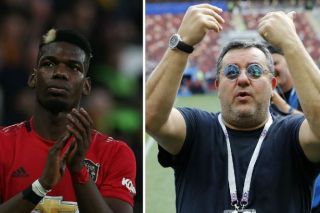 Reports suggest that Manchester United are ready to get rid of Paul Pogba in the summer.

According to The Sun, United are prepared to sell their midfielder if they receive an offer of £100m, a blow that we can take because new signing Bruno Fernandes fills the Frenchman’s void.

Journalist Neil Custis claims that Pogba was valued at £180m last year but now, the price tag has been slashed to help secure his exit from the club.

The article begins with the following line: “Paul Pogba’s Manchester United career is over.”

Pogba has the ability to be one of the world’s best midfielders, who can score and create goals on a regular basis but unfortunately for us, he has been inconsistent since returning to the club in 2016.

The 27-year-old has missed most of this season with an ankle injury. And now that Euro 2020 has been postponed by a year, Pogba has uploaded footage of him (wearing a Juventus jersey) and Victor Lindelof training from home, with Carrington closed due to the coronavirus outbreak.

Ole Gunnar Solskjaer should identify a defensive midfielder to come in once the money we want is receive for Pogba. That’s an area we’d like to see United strengthen in!

Thomas Partey at Atletico Madrid would be a top choice.