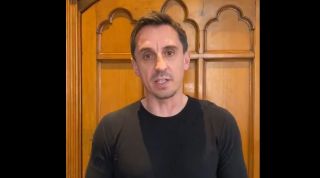 The biggest issue that faces the world right now is COVID-19.

There are people being forced out of work who cannot afford to take unpaid leave from work, so self-isolation becomes more difficult and that means a lot of people have to risk their own and each other’s health to go about their day-to-day life.

Billionaire Sir Richard Branson has been urged by Labour politicians to cover the wages of Virgin Atlantic staff forced to take unpaid leaver due to the coronavirus. The airline, founded by Branson, announced on Monday that it had told staff to take eight weeks of unpaid leave due to a drop in demand caused by the outbreak of COVID-19.

Sadly, during these teams we will see greed from the likes of Branson, whose decision was ill-advised to say the least.

So it’s great to see this gesture from Gary Neville when talking about his hotels — Hotel Football across from Old Trafford being one of them:

A message from our co-owner Gary Neville. @GNev2 @GG_Hospitality pic.twitter.com/uy2rEfweho

Although the hotels will need to close down for now, Neville confirms that staff will still get paid and that health workers will be able to stay there for FREE if they need to stay away from family members for isolation needs.

Neville deserves credit for this even though he’s doing the right thing. The entire industry need to show solidarity. These are the people who need the help most.

Hopefully it won’t be too long before Neville can reopen his hotels to the public.