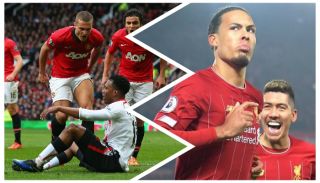 Since signing for Liverpool in 2018, Van Dijk has seen his stocks rise and was even tipped as a potential Ballon d’Or winner last year after winning the Champions League with Jurgen Klopp’s side.

Barcelona’s Lionel won the Ballon d’Or, though, which I don’t think anyone can really argue with…

However, the Netherlands international was named the Premier League’s Players’ Player of the Year, despite Liverpool finishing runners-up to Manchester City. An individual we would be silly to discredit him for.

And while Vidic was an outstanding defender, Lebouef gives Van Dijk the edge.

The former Chelsea man was asked to pick between the defensive pair. He told ESPN FC: “I would go for Van Dijk. I think he’s more complete.

“I loved Vidic, because I think he was a dog, and a fantastic defender. But Van Dijk can lead the team and has this great range of passing.

“I don’t think Vidic was capable of doing that. Hats off to him, though, he was a fantastic defender.”

We can totally see where Leboeuf comes from when saying Van Dijk is a more complete defender, but is he more complete than, say, Rio Ferdinand? It was he who partnered Vidic in what was the best defence in Europe at the time.

And I’d still fancy Vidic more as an actual defender. With Ferdinand alongside him, how could you not? 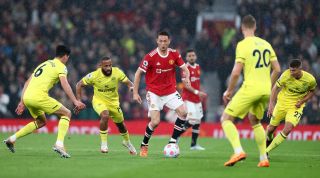